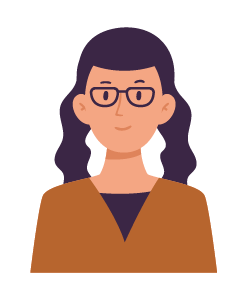 Have you ever visited a yard where the trees were bright green, magnificent, and oh-so lush? Did you find yourself wishing that your trees could look the same way? They can. They simply need the proper care. On this website, you will learn what that proper care entails. A lot of it comes down to proper trimming, but certain trees also thrive with fertilizer, extra water, or some wood mulch around their base. You'll also learn a bit about tree care companies and the services they provide, which will come in handy if you don't have the skills or equipment to do your own tree care.

An overly dense tree crown can be a major hazard. Not only does overcrowding in the crown compromise the health of the tree, but it also can increase the chances of branch loss and blowdown due to excess weight.

Friction is a real issue when the crown of a tree is crowded. Branches will cross and rub together, which leads to the bark flaking off of the branches. The missing bark increases the chances of branch breakage. Wounds from the missing bark can also lead to diseases invading through the bark wounds. Trimming the trees to remove the rubbing branches solves the issue and prevents damages.

Over-crowding in the crown reduces air circulation and increases humidity. This is a recipe for mildew and mold issues, which will coat the foliage and lead to leaf and branch death. Mildew isn't typically fatal, but it can weaken the tree and make it more susceptible to other health problems. Trimming out some of the branches allows airflow through the branches so that mildew is less likely to be a problem.

Dense growth prevents sunlight from penetrating deeply into the crown. This leads to weak leaf growth. What leaves do grow in may be yellowed and stunted due to the lack of light, and they will often drop off prematurely. Not only is sparse foliage unattractive, but it also means that there is not sufficient foliage to support the excess branches in the crown.

The above issues with disease and sparse foliage, along with damage from friction, all increases the chances of branch loss. Breakage is a common cause, but a tree will also sometimes spontaneously drop a branch. A broken branch can damage neighboring branches when it breaks, or it can damage things below such as a home's roof or a parked car.

Excess weight in the crown puts stress on other parts of the tree. If there are any forks in the trunk, for example, the weight can lead to a split trunk and the death of the tree. Cracks can also form around the base of the heavier branches, which can lead to major damage if they break. Thinning out the crown removes the excess weight and prevents cracks and splits.

Contact a tree trimming service for proper pruning if you notice these issues with a crowded crown, like Live On Tree Service.